"Sense of Place" Award from The National Geographic Society

March 8, 2017
In case you missed this news in the spring, we are pleased to report that the City of Santa Fe has been recognized with a "World Legacy Award" from the National Geographic Society for our "Sense of Place". This award honors destinations or organizations that are driving positive transformation in sustainable tourism practices, and effectively sharing their history with visitors. We are most gratified by this award, as the Old Santa Fe Association has spearheaded historic preservation efforts for nearly 100 years in the southwestern United States.

Click on this link to view the awards announcement on NGS's webpage.
For local coverage of this award, you can access the Santa Fe New Mexican as well.

"The number-one draw for Santa Fe is tourism, and the number-one reason for tourism is the cultural authenticity of this town. If it is not guarded, this pride, this award– if its reason for existing and being given to us is not guarded and not seen as important, it can disappear along with  all that attracts people here."
John Pen La Farge
President, OSFA
The following essay, written in response to the City of Santa Fe's receipt of this award,
was published in the Winter 2017 issue of our newsletter, but relavant always.
Most unexpectedly, in March, 2017, Santa Fe was announced as having been given the award for Sense of Place by the National Geographic Society. The award was given in Berlin, Germany, at the World Legacy Awards ceremony, and was accepted by Randy Randall on behalf of Santa Fe. Randall, head of Tourism Santa Fe, and his team, led by Cynthia Delgado, had quietly applied for the award, and, it is safe to say, astonished the city by convincing the National Geographic (Society) that our city deserved the honor. That is, of all the cities in the world, any one of which could have been given the award, Santa Fe was considered the most deserving. The society describes the award as, “Recognizing excellence in enhancing cultural authenticity, including using vernacular architecture and design, support for the protection of historic monuments, archeological sites, indigenous heritage, and artistic traditions.”

The Santa Fe New Mexican reported the honor of our receiving the award this way, “The city of Santa Fe bested Adventure Canada, a family-owned outdoor experience company, and Awamaki, a Peru-based nonprofit that aids impoverished indigenous women, as decided by an international panel of more than 20 judges.” This description points up the worldwide nature of the National Geographic’s search for a city deserving of this award and why Santa Fe must feel honored to have been selected. I say, “must”, because we have received so many awards over the years that the temptation is to become blasé. This award, however, is different.

The newspaper article (in The Santa Fe New Mexican, March 8, 2017, by Tripp Stelnicki) goes on to quote Mayor Javier González, “It is about the cultural vibrancy, the presence of people from all walks of life, the city’s commitment to preserve our historic buildings,” which is true, but which also points up how large and unending the task is of keeping Santa Fe true to itself, a task which, of course, your association tackles constantly. John Feins, public relations manager of Tourism Santa Fe, says, “We talk bout ‘the City Different,’ and we talk about ‘only in Santa Fe’ — these aren’t just marketing slogans; these are who we are... This award was 400 to 1,000 years in the making. People have been taking care of Santa Fe and carrying its traditions and stories forward for centuries and centuries.”

What Feins says is true, but causes your president to think that the flow of ideas, some worthy some unworthy, of what ought to be, built or remodeled or changed, brings with them an unending series of challenges, inasmuch as “sense of place” is so rarely considered. City staff, in its entirety, unlike Charleston, South Carolina, for example, is not trained by the Historic Preservation Division (HPD) to consider the centrality of history and integrity to every aspect of how the city is run. The HPD itself, is not given the weight it ought to have in city policy or city construction. The same must be said, also, of the county. Interestingly, the state has often been more forthcoming and understanding in considering our history.

It is an unending source of puzzlement that the qualities that make Santa Fe internationally famous, that bring visitors from thousands of miles away and that support a cultural, historical and aesthetic environment which makes for an outstanding place for its citizens, are not uppermost in every calculation of architects, businesses, civic leaders, and government agencies. Sense of place is not merely vital, but it is remarkably easy to understand and, here, to see and feel. The ancient trope of “killing the golden goose” is overused, but it has often been and unfortunately often still is applicable to Santa Fe. What we are has been hundreds of years in the making, and the keeping of our sense of place ought not to be an endless battle; it ought to be central to the consciousness of every citizen and visitor. For those who have lived in The City Different for a prolonged time and have watched its changes and developments, it may seem that our city’s winning this award is a bit of only partially- earned good fortune, given how much has changed and has been changed carelessly. Part of the importance of the award is what others see in us— that they see authenticity, heritage, and tradition. This is what our city, now, thrives on, and keeps us vital and economically successful. We must guard against ego, corruption, greed, continued carelessness, and foolish exploitation if we wish to deserve this award, and perhaps more importantly, if we wish to deserve a like award in 100 years.

Santa Fe Living Treasures Honorees
May 7, 2017
Longtime OSFA board member Richard McCord, along with lifetime supporter and member, Nancy Meem Wirth, were honored as Santa Fe Living Treasures this spring. McCord, author of multiple books on Santa Fe and New Mexico, is best known as the co-founder, editor and publisher of The Santa Fe Reporter. A distinguished journalist, his editorials at the weekly took top honors from the both the New Mexico and Albuquerque press associations, along with second place from the Scripps Howard Foundation. He has also been a runner-up for a Pulitzer Prize during his career. 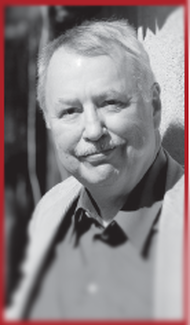 Nancy Meem Wirth, daughter of OSFA founder John Gaw Meem and his wife Faith Bemis Meem, has followed in the footsteps of her parents, co-founding Cornerstones Community Partnerships, in an effort to preserve New Mexico's unique churches and iconic, historic adobe structures. She furthers her outreach in the community as a volunteer in the Dual Language Program of the Camino Real Academy, in Santa Fe, NM. We are immensely pleased at the recognition received by our members, and offer them a sincere congratulations.
Photos by Genevieve Russell 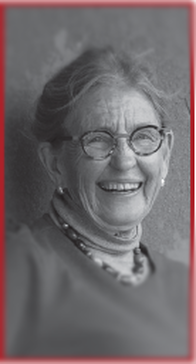